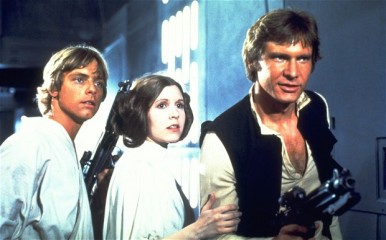 What’s going on with the new Star Wars trilogy? I did some checking around the web to see if anything definite is known so far. It’s important to keep up with this topic because, after all, when Star Wars: Episode VII hits the theaters in December of 2015, directed by none other than J.J. Abrams, it will potentially begin a new movie franchise that will give the Avengers movies a run for their money. It’s worth noting that Disney owns The Avengers movies and the Star Wars movies. They must be singing the blues over there at Disney … NOT) 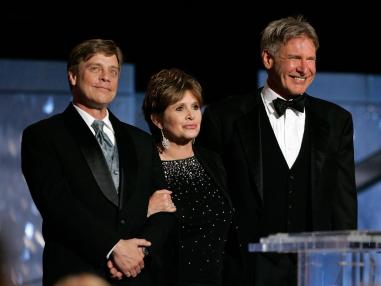 Not much is known about the story except a few juicy details. It will be set 30 years after The Revenge of The Jedi movie. Why so far in the future, you might ask? For a very good reason. Abrams is bringing back the beloved characters of the original 3 movies, Luke Skywalker, Princess Leia, and Han Solo. By setting the newest movie 30 years later, he’s able to use the original actors, Mark Hamill, Carrie Fisher, and Harrison Ford. Now that’s a great script idea. Reportedly, the new trilogy will also introduce their kids, thereby injecting some younger more vibrant stars into the mix. As icing on the cake, R2D2 is also scheduled to appear in the new movies. Read the full article at NYDAILYNEWS.COM.