Here is a list of my favorite classic rock songs that have lyrics and music that reflect a science fiction theme. I grew up with these songs and they are still among my favorites today. It’s not like I only liked songs that had a sci-fi theme. In fact, most of the music that I’ve liked throughout my life has nothing to do with science fiction. But, I have to say there is something about these songs that has always resonated with me in a different way than the rest. Even as a boy, the science fiction elements in each of these songs took my imagination in new directions, and I believe they are still having a positive impact on me today. The only media that I can recall as having a possibly greater influence on the kinds of stories I like today are a couple of movies. Namely the first Star Wars movie that came out when I was 14 (Yeah, I’m that old), and all five of the original Planet of the Apes movies.

We often hear about great Sci-Fi movies but seldom to we remember the great songs of science fiction. As you read through my list I wish to point out that none of these songs are here simply because of the lyrics alone. I’ve included only songs that were overall works of art with incredible music to go along with the lyrics. I thought about linking to Youtube videos for each one but I thought that might be overkill and make the blog post difficult to wade through. Instead, I’ve included sample lyrics beneath each song title to give you a taste of what the song is about. If you are interested, I hope you will look these songs up and give them a listen. Also, if I’ve forgotten any great sci-fi songs, please write

it into the comments and let me know what I’ve missed. 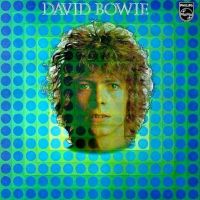 This is Major Tom to Ground Control. I’m stepping through the door, and I’m floating in a most peculiar way, and the stars look very different today. For here am I sitting in a tin can. Far above the world. Planet Earth is blue and there’s nothing I can do

2. WELCOME TO THE MACHINE – Pink Floyd – Wish You Were Here

It took man a million years to make it only this far, and we’ll leave the solar system very soon. Around the universe in eighty days. Sit down I think you’ll like it out in space. 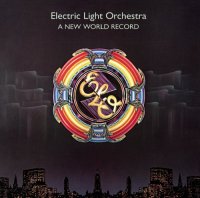 The planet Earth from way up there is beautiful and blue, and floating softly through a rainbow. But when you touch down things look different here. At the mission of the sacred heart. Watching all the days roll by. Who are you and who am I?

And I think it’s gonna be a long long time, tTill touch down brings me round again to find I’m not the man they think I am at home. Oh no no no.  I’m a rocket man. Rocket man, burning out his fuse up here alone.

8. SOME OTHER TIME – Alan Parsons Project – album: I Robot

Like a mirror held before me, large as the sky is wide. And the image is reflected back to the other side. Could it be that somebody else is looking into my mind? Some other place, somewhere, some other time.

I set a course just east of Lyra and northwest of Pegasus. Flew into the light of Deneb, sailed across the Milky Way. On my ship the Rocinante wheeling through the galaxies. Headed for the heart of Cygnus, headlong into mystery.