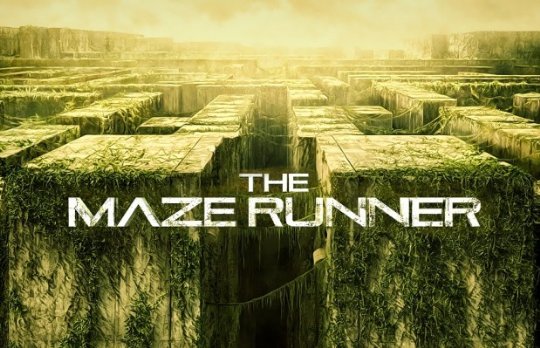 STAR for Entertainment Value …. and a STAR for Clean Content …

The Maze Runner Trilogy, written by James Dashner, and consisting of The Maze Runner, The Scorch Trials, and The Death Cure are an excellent Young Adult series that I highly recommend to anyone 13 and up. There are other titles in the series that I have not read. I believe they are prequels to the main series.

The storyline throughout the whole series kept me guessing. I was never really sure where the stories were going, and that’s a good thing. These books are completely original in their concept. There are many YA books on the market that seem to want to jump on the bandwagon of other popular series like The Hunger Games or Harry Potter. Not so in the case of The Maze Runner. The story is very fresh and imaginative. Each of the three books also has its own personality that keeps the reader guessing.

The Maze Runner introduces us to the characters and brings us into the hopeless puzzle that is their lives inside the maze. In The Scorch Trials we get to know the characters even better along with some new ones. We find out more about Wicked, the organization that is controlling our characters. And we watch Thomas, and the gang go through incredible situations hoping to eventually be free from Wicked. In The Death Cure we learn the reasoning behind the games and trials the characters have been put through. We find out the world is a very sad place full of pain and suffering and our characters may or may not be part of the solution. 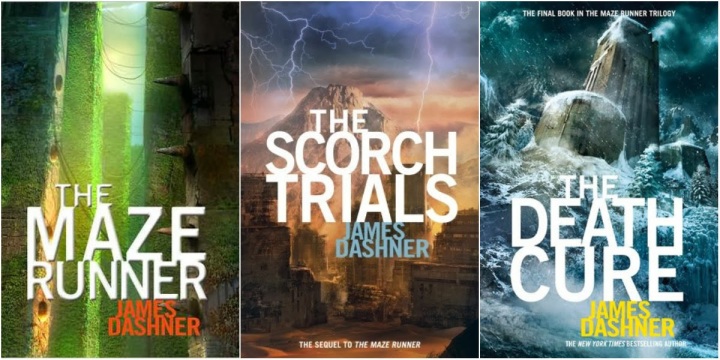 The biggest content concern for The Maze Runner series is a high level of violence, but its not the kind of violence that concerns me enough to give it a SPLAT. 95% of the violence comes from pain being cause by nature, or some strange man-made creatures. Because the violence is more like science fiction violence, it doesn’t warrant the kind of warning I’d give if it were people shooting each other or chopping off heads. I think most teens will be perfectly fine with the kind of violence found throughout The Maze Runner series. But, be cautioned that its still violence and some kids, especially younger ones may find it troubling. I will also note that there is no bad language to worry about in these books because Dashner came up with his own original set of cuss words for his characters to speak. The words like “clunk” and “shank” take the place of traditional cuss words throughout all 3 books. They have the same impact, but without the historic meaning of our normal cuss words, they don’t sound or feel nearly as bad.

These books are intense with non-stop mystery and action. The characters are very strong and easy to love or hate, depending on their role. I typically don’t read more than the first book of a trilogy. But, this time I couldn’t wait to see where the story went next after each book. Now I’m ready to watch the movies and see how well the books translated. I’ll let you know my thoughts on that topic in a later post. For now, read Maze Runner and get immersed into the world of Thomas, Newt, Minho, Teresa and Brenda.

One thought on “The Maze Runner Books”