A GREAT MOVIE! First, I just want to make it clear that I loved this movie. The Force Awakens was the perfect blend of the old and new. We got just enough of Han Solo and the old gang to make us old folks remember the thrill of the classic Star Wars. But, more importantly, we got plenty of fresh faces and a new exciting story line to propel us fans into the future. This one never felt stale and clunky like Episodes 1, 2, and 3. The acting in The Force Awakens was passionate and believable. The special effects were great as expected, but they never became the focus at the expense of the story, as was also the case in 1, 2, and 3.

SEPARATING FICTION FROM TRUTH.  I must also bring up one caution that we Star Wars fans need to keep in mind and be sure to tell our kids when we take them to see this or any of the Star Wars movies. “The force” is fictional. It has nothing to do with the reality of God or us as humans. Those of us who hold a Christian worldview can too easily assume that everyone knows that it’s nothing more than a story telling device. And it is a very effective way of creating tension between the good guys and the bad guys. But, we 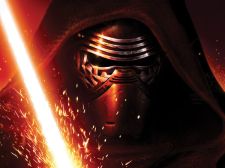 must remember that “the force” is actually a new way of describing a pagan worldview. In Star Wars, we are told very clearly that everything in the universe is made up of two impersonal forces called the light side and the dark side. These forces are at war with each other and each of us can tap into either side. In The Force Awakens, there was a line that said something like, “the force is in everything and everyone.” That is not an exact quote, but it was close to that. Let’s be clear about the worldview presented to us in the Star Wars franchise: the force is a replacement for God. The force is made up of everything and everyone. In other words, God is nothing more than the sum of everything put together; me, you, the animals, plants, universe, and everything else. There is no creator, only the creation. Folks, this is Naturalism or more commonly called New Age
theology.

Here is an article by Peter Jones that explains it much better than I can. Why am I bringing up such a downer subject about such an awesome movie? Because this devilish philosophy has captured a huge portion of the Western World already. With the force reawakening in 2016, stronger than ever, I fear this philosophy is bound to capture many more unsuspecting kids and their parents who are already shaky on 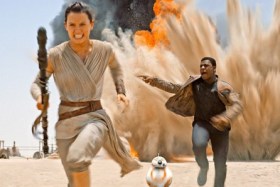 what they believe. This New Age way of thinking has seeped into many mainline Christian churches. I’m bringing this up because fiction needs to remain fiction. Those of us who still hold to the truth need to be careful to not allow what we believe to become muddled with the fiction of Hollywood. If truth is joined with a lie than it is no longer the truth, but then also becomes a lie.

So, go see the movie. You’ll be glad you did. But, while you’re there and when you think about it afterwards, and when you’re talking to your kids about it, please remember that the force is nothing more than a story device, that helps us know who to cheer for and who to boo for, that’s all. If we can keep it in that context, then the force is neither on the dark side nor the light side, it’s just the force.

3 thoughts on “Thoughts on Star Wars: The Force Awakens”