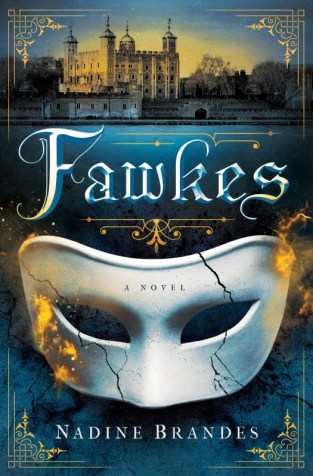 Fawkes by Nadine Brandes is a historical tale that draws from real historic events and combines them with a magical element that is pure imagination. The result is an exciting coming-of-age story about a young man named Thomas Fawkes in a world full of magic. It’s set in Great Britain somewhere around the 1600s or 1700s. Thomas wants more than anything to be given a magical mask that can only be given to him by his father. When his father doesn’t arrive on the appointed day to give him his mask, Thomas sets out to find him. His search takes him into a world where everyone but him has the power to control colors to do all kinds of amazing things. Some use their powers for good while others for evil. When he finally finds his father, the lines between good and evil color power become blurred and Thomas must decide on which side he belongs.

There is much to love about Fawkes by Nadine Brandes. It has lots of action with fights between the forces of good and evil, sometimes with swords, sometimes with magical powers, and sometimes with both. Fawkes also contains a sweet love story between young Thomas and a girl named Emma who turns out to be one of the more interesting characters due to a few secrets that I won’t give away in this review. The historical backdrop provided a cozy framework for this entertaining tale. I highly recommend it for teens and adults.