Oxygen by John Olson and Randy Ingermanson is a science fiction suspense novel that feels akin to the movie, Apollo 13. That movie was based on a true story about a mission to the moon that went horribly wrong. Oxygen, the book, is a fictional story about a mission to Mars that went horribly wrong. Oxygen takes that story type into several unexpected directions that are thrilling and delightful. One element that added to the human drama was the fact that the crew is made up of two men and two women. This allowed for a romantic interest to weave its way through the plot causing lots of 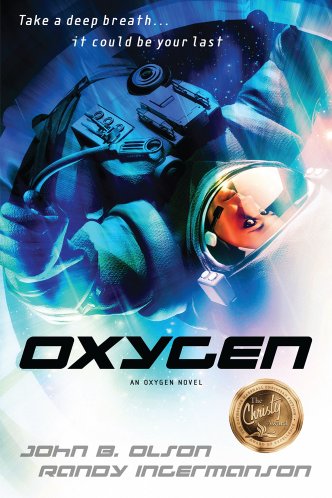 interesting plot twists. The astronauts in Oxygen are on the first manned flight to Mars, which adds an element of the unknown. The plot is also very intricate and includes a complex string of mishaps that occur during their flight, causing their trip to go from bad to worse.

I thoroughly enjoyed reading Oxygen. It has the two things that any great book has, in my opinion; strong characters and a strong plot.  The six main characters were all well-defined with very distinct personalities. The plot is intricate, unpredictable, and suspenseful. The story does start off a little slow as the authors take time to introduce the six main characters. But, as soon as launch day arrives the story literally takes off and I found myself completely absorbed in the lives of the four astronauts.

Another thing that I absolutely loved about Oxygen is that it includes a main character who is a Christian and she is portrayed in a positive light. Her beliefs are shown in a realistic manner, giving her depth and character rather than making her into a cut-out stereotype, as is the case in most stories that portray Christians. Well done authors on every count. Great characters, great plot, and overall one of the best books I’ve ever read.