The new movie, BFG (Big Friendly Giant), has disappointed in ticket sales so far, but in the “great movie” department, it’s a huge success. I took my 13 year old daughter to see it this past weekend and we both had nothing but good things to say about it.

The story, adapted from a much beloved book by Roald Dahl, has a classic feel with plenty of old fashioned good versus evil action, and just enough magic mixed in to carry us viewers into a world that’s much more fun and exciting then the one we live in. The giant is lovable and quirky. The animation is so well done that I found myself immediately swept away into the land of giants. There are a group of bad giants that cause lots of peril for our friendly giant and the little girl who becomes his best friend. The bad giants might be a 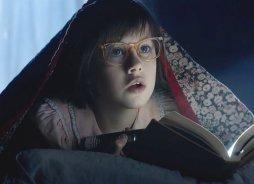 little too scary for the youngest viewers, but overall, they are shown as being a bunch of over-sized goofballs.

I highly recommend BFG as a family movie that the whole family will enjoy, as long as everyone in the family has a good imagination. There were no content problems to speak of, other than the aforementioned scenes featuring the bad giants that might scare the little ones.

It’s worth mentioning that BFG was directed by Steven Spielberg and the screenplay was written by Melissa Mathison. The last time the two of them worked together, they produced the movie E.T. back in 1982. Here we are 34 years later and they’ve produced another endearing fantasy film that kids of all ages can enjoy. To me, that says creative talent isn’t limited by age. I’m sad to say that Ms. Mathison passed away last year so she did not get to see her script come to life on the big screen. But, I’m glad that she and Mr. Spielberg had a chance to work together one final time and give us another great movie.