In 2019 I read and reviewed 33 fiction books. 17 of those were science fiction novels. In this post, I’ll list my top five favorite reads in the sci-fi category. Keep an eye out in the next few days for two more posts; one for the category of fantasy and another for middle-grade fiction.

Along with the book’s title and the author, I”ve also added a movie rating. None of these books have been made into movies, but I find the rating to be an effective yet simple way to warn readers about content concerns. Next, you’ll see the review I wrote for the book and published on Amazon and Readers Favorite websites. Each review contains a brief summary of the story and a few comments on that book’s strengths and weaknesses.

I hope my top 5 list is helpful to any of my blog readers who are looking for a good book to read. I heartily recommend each of the top 5. In case anyone is wondering, I am not getting any payback from any of the authors or from Amazon for listing these books. I had a great time reading all of these books during 2019 and I hope to pass some of that enjoyment on to others through this list. Enjoy. 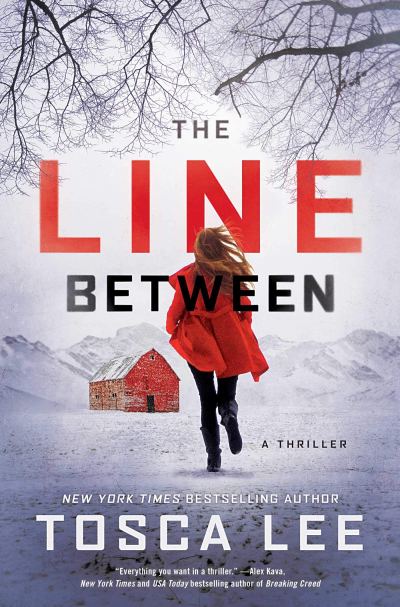 MY REVIEW – The Line Between by Tosca Lee is a one-of-a-kind thriller that takes an end-of-the-world story, unlike any I’ve ever read, and couples it with the incredible story of a young girl who is cast out of a cult. The girl is named Wynter and hers is a fast-paced psychodrama that kept me turning the pages to see what happened next. Inside the walls of the cult, Wynter was safe but under great oppression from their leader/prophet, Magnus. When she finally finds herself outside, free from the cult, she realizes the world outside is a dangerous and unforgiving place, and she struggles to know what’s right and wrong. A deadly virus has begun to spread across the globe that causes people to go crazy and do horrible things. Who can she trust? Where is the truth? Inside the cult, or outside in a world of violence, sickness, and disease?

Tosca Lee’s writing style is clear, concise, and carries the reader along like a thoroughbred horse. The Line Between bounces back and forth between the present-day story of Wynter surviving outside the cult to a flashback story of her days in the cult, leading up to her expulsion. The dualistic approach of the narrative worked great for me. Both stories were equally compelling. The characters were dynamic and well written. The plot was never predictable and takes enough unexpected turns so that I found it difficult to put this book down. I’m a big fan of end-of-the-world books and have read a ton of them. After reading The Line Between, I can honestly say it’s one of the best of the genre. Great read. 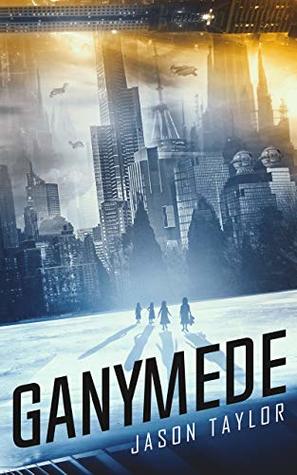 MY REVIEW – Ganymede by Jason Taylor is a science fiction thriller about cloning. It’s also one of my new favorite books of all time. It’s the year 2081 and the human race has finally figured out how to successfully clone a human being. The first four test clones are brought into the world as babies to grow with their parents while the world looks on in amazement. Everything is wonderful until the clones reach their seventh birthday. The clones begin to behave in strange ways and it’s up to a scientist named Jill and a Government agent named Tros to resolve the problem as quietly as possible so as not to upset the public. It doesn’t take long for them to realize that they are way over their heads as the situation gets out of control.

Ganymede takes the topic of cloning in a direction that I had never contemplated. Author Jason Taylor has handily crafted a tale that is not only thought-provoking, but it’s also smartly scientific, extremely exciting, and very unpredictable. He had me on the edge of my seat the whole time I was reading. His characters are realistic and interesting. And, he writes in a style that flows naturally and is always clear. Even when a character is explaining something technical, his comfortable style keeps the story simple enough to understand and moving at a good pace. I thoroughly enjoyed Ganymede and I applaud Jason Taylor for giving us a great science fiction tale. In my opinion, Ganymede is truly an original, not a copy (or clone) of any other sci-fi work of fiction. 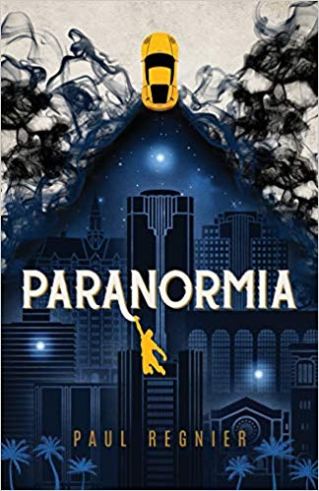 MY REVIEW – Paranormia, by Paul Regnier, is a supernatural thriller with a sense of humor. Average guy, Chris, whose life has been uneventful and depressing as the story begins, stumbles into a showdown between heaven and hell. In one strange evening, he gets involved with an eccentric angel and a sexy demon. The angel tells Chris he has an important mission for him to complete, but Chris wants nothing to do with the man who doesn’t look or act like any preconceived notion he had of angels. The demon, on the other hand, is every single guy’s dream. Solas is her name and she’s beautiful and rich and she offers him a job that involves driving around town in fancy sports cars while making deliveries. Chris thinks he has it made until he realizes that his new life with Solas is directly opposed to everything good in his old life.

Paranormia deals with some serious topics involving demons that manipulate humans to do lots of evil deeds, but the story never gets too heavy thanks to author, Paul Regnier’s clever style of storytelling. We see it all through the eyes of the protagonist, Chris, who describes everything with the dry wit of a late-night comic. Even when the story turned dark, I couldn’t help but laugh at the humorous comparisons the author uses to portray Chris’s feelings toward certain characters or events. I’ve read two of Paul Regnier’s previous Space Drifter novels which are also well-written and funny, but it’s my opinion that his comedic tone works even better here in a story about a man caught unwillingly between spiritual forces.

The story also works excellently as a supernatural thriller. It has enough strange and creepy happenings going on to keep readers on the edge of their seats. It moves at a fast pace while giving us interesting and strong characters. I highly recommend Paranormia. 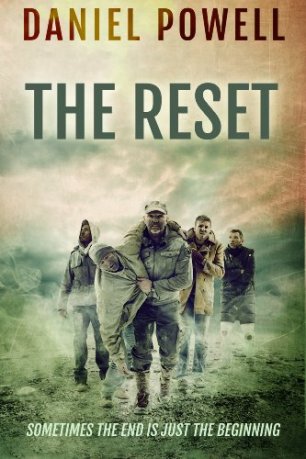 MY REVIEW – The Reset by Daniel Powell is a post-apocalyptic survival story with a science fiction twist. Ben Stone is wondering through a dead United States of America, trying to find his next meal when he comes across a “miracle farm” as he calls it. It’s the first place he’s found where crops can still grow from the poisoned soil. Through a series of dramatic events, Ben ends up staying at the farm and soon finds the love of his life and a small family. Life is good for Ben for a short period of time until the rest of the fallen world discovers his little slice of paradise and comes knocking at his door.

The Reset is a well-told story that grips your emotions and holds on from the opening scene to the last. It’s brutal at times yet never without good reason. The world that author, Daniel Powell has painted in The Reset is cold and lifeless and feels completely realistic. At the same time, he’s given us relatable characters filled with love and hope for their future. I’ve read many novels about life on Earth after some devastating event. The Reset stands out as one of the best of the bunch. I highly recommend it. 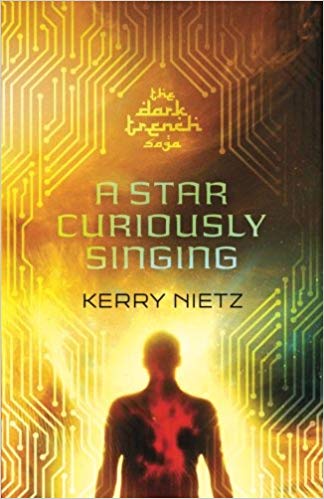 MY REVIEW – Who says Christian science fiction has to be predictable and boring? A Star Curiously Singing by Kerry Nietz is a first-rate sci-fi thriller with a plot that’s completely original and it definitely isn’t boring. The story is set in the not-too-distant future when the religion of Islam rules the world and a rigid class system has gone into effect. Our main character, Sandfly, is a low-class debugger. That means his whole existence is defined by his enhanced abilities to program and repair artificial intelligence. When a robot goes crazy on a government spaceship, Sandfly is brought in to find out what went wrong. What he finds is much more complex and dangerous than he’d expected, even in his wildest dreams.

I found A Star Curiously Singing to be a well-written and intelligent novel. Author Kerry Nietz has a down-to-earth, straight forward writing style that I found refreshing. His characters feel real and interesting, especially the main character, Sandfly. The story is written in first-person and by mid-novel, I’d become deeply invested in what would become of such a likable yet flawed individual. Another thing I found fascinating about was the science. Part of being a debugger is living with a computer chip that has been surgically implanted in his brain. That chip allows debuggers like Sandfly to access a futuristic version of the internet, all within his head. The author has a past working as a computer programmer and it shows in his descriptions of this future technology. The believable science along with great characters, an original setting, and the author’s smooth writing style make A Star Curiously Singing an outstanding book that’s a lot of fun to read.

Includes Scott’s rating – Listed in the order that they were read.