Remember when superhero movies were fun, action-packed, feel-good movies? Sam Raimi’s Spiderman 1 & 2 are good examples. And then there was the first Iron Man, one of my favorites of all time. Even the first Avengers movie had plenty of good triumphing over evil and solid heroes that we knew would always do the right thing in the end. Things have changed in superhero movieland. It seems like the two big guns, Marvel and DC are in a battle to see which one can put out the most depressing movie about heroes who are almost as bad as the villains. A good example is the most recent Avengers movie, where it ends with the bad guy winning and then proceeding to destroy half of all civilization including 50 percent of our most beloved superheroes. Meanwhile, over in the DC universe, Superman is killed by none other than Batman. Superhero movies have gotten far too dark and depressing for me.

That introduction brings me to a breath of fresh air in superhero cinema. Ant-Man & the Wasp are the names of the superheroes who have arrived on our screens to save the day. The first movie, Ant-Man came out in 2015. Earlier this year, part two of the series, Ant-Man and the Wasp was released on the big screen and will be available on DVD this month. Though these two heroes exist in the same universe as the Avengers, their storylines feel like they are in a completely different world. Yes, Ant-Man made an appearance in the most depressing superhero movie of them all, Captain America: Civil War, but that little excursion seems to have had very little effect on him or the Wasp. Why do I like Ant-Man and the Wasp so much? I’m glad you asked. Here are four reasons why I like them and why I’m hoping Marvel and DC will take note of their box office success and make more movies like them.

1 – The stakes aren’t so incredibly high in their movies

Every other superhero movie these days seems to be about them trying to save the planet and sometimes even the universe from some unstoppable foe. On the contrary, the Ant-Man movie is about him trying to stop a greedy businessman from using the suit technology to do bad things. Movie #2 is about them trying to stop a young girl from taking away their power to help control her own powers. Then, A-M and W learn how to go into the microscopic world to rescue Wasp’s mother. There is still plenty at stake in these movies, but the stories are much more personal. There are no hordes of aliens invading the earth or evil Gods threatening to enslave mankind.

There is something about humor in superhero movies that really works. Maybe it’s because the whole idea of a human possessing superhero powers and then using them to fight someone evil who possesses more superpowers is somewhat ridiculous if you really think about it. But at the same time, superheroes are so darned cool. I mean, the idea of the good guy or gal clobbering the evil person is what everyone wants to see. And the fact that they get to use some magical superpower to do so is just icing on the cake. So then, why do we like them so much when deep down they’re kind of dumb? I think the 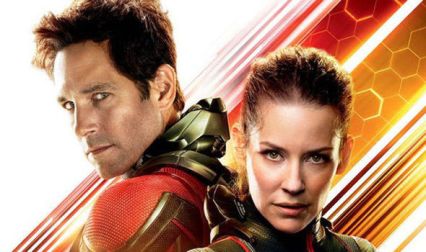 humor somehow justifies the whole thing subconsciously. I’m not a psychologist so I may be way off. All I’m saying is I believe there is some sort of connection between humor and superhero action. Put them together and they work in movies. Separate them and it all starts to get a little goofy or weird. The Ant-Man movies are a perfect example of my theory. Something exciting happens and then something funny. Back and forth, action and humor. Marvel seems to understand this principle really well. The Avengers have used humor well from the beginning. DC, on the other hand, could learn a few lessons on how adding more humor would help to justify some of their overly serious superheroes.

3-Their powers have limitations

Ant-Man and the Wasp have alter-egos who are plain, everyday people. They remind me a lot of Peter Parker, aka Spiderman. They have real problems, the kind that all of us have. Since they are mere humans, they can definitely be injured and even killed. The powers for A-M and W come 100 percent from the technology in their suits. If the suit malfunctions then so do they. There are scenes in both movies where the suits aren’t working correctly or the person isn’t using them correctly. In these scenes, we find that our heroes are suddenly very vulnerable and it makes for great suspense.

I liked the first Avengers movie quite a bit. Somehow they managed to give each hero enough screen time doing interesting things to make them relatable and worth cheering for. But, since that movie came out in 2012 there have been many more group superhero movies. The Guardians of the Galaxy movies come close to balancing their load of characters, as well as the first Avengers, did. Otherwise, the large groups of superheroes in

each movie really hasn’t worked all that well for me. I’m talking about Avengers 2 & 3, Civil War, and Justice League. In each case, we got a ton of action and a few good moments between characters, but not much quality character development. The result is superheroes zipping around doing all kinds of wild stunts that left me yawning. I like Ant-Man and the Wasp because their movies are about them alone so we can get to know them through the course of the movie. Along the way, we also have some extra time to meet their loved ones and some goofy friends. All I’m saying is having two heroes instead of 10 (or more) is a nice change.

Don’t get me wrong. When the next Avengers movie comes out I’ll be first in line to see it because there is a place in Hollywood for movies about an army of superheroes. But, first I’m going to watch the smaller movies because those are the ones that get me hooked and ready for the big ones. We need the movies that feature fewer heroes like Ant-Man, Black Panther, Doc Strange, Wonder Woman, etc. so that when the big-budget movie about the whole team of heroes comes out, we’ll have some reason to care about them all. So, if you’d like to watch a superhero movie that has a few strong characters, lots of action scenes, and an equal amount of laugh out loud scenes, watch the two Ant-Man movies. In the end, you’ll find yourself energized and smiling rather than bored and depressed.

Parents note: The only content concern, worth mentioning is there are some curse words thrown about throughout both Ant-Man movies. For a good article on the good the bad and the ugly of the Ant-Man and the Wasp movie, read Plugged In’s article, here.

2 thoughts on “Ant-Man & Wasp, Bringing Back the Fun”